At PEH our specially trained and dedicated professionals strive to ensure that every patient is treated with state-of-the-art quality care. Our goal is to ensure that we exceed our clients’ expectations and provide excellent care to their horses. We are committed to provide the most advanced medical services both in our hospital facilities and via our ambulatory services. At each of our full service clinics, we offer comprehensive orthopedic, soft tissues, and emergency surgery, as well as reproductive and internal medicine services. 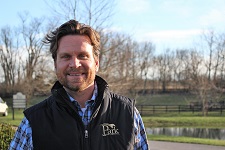 A native of Estill County, Dr. Park graduated from Auburn University in June of 1997, with a DVM. Later that same year, Dr. Park opened a mixed practice, Estill Veterinary Services, in Irvine, Kentucky. He later moved the practice to Winchester, Kentucky, in June of 2001, first known as Park Animal Care. Dr. Park's interest moved exclusively toward equine in 2004, at which time the practice name changed to Park Equine Hospital. Dr. Park provides all veterinary services with a special interest in surgery. Dr. Park resides in Winchester, Kentucky, with his wife, Tonya, and children, Alec and Blake.

Dr. Gary Priest is a 1976 graduate of Auburn University College of Veterinary Medicine. He has over 40 years of experience as a surgeon, track veterinarian and diagnostician. In addition, Dr. Priest has decades of experience with horses in training, breeding farms and sale yearlings. Dr. Priest built his reputation as partner of the legendary Alex Harthill. Harthill and Priest were instrumental in the introduction of arthroscopic surgery in the horse, as well as the use of ultrasound, and most recently dynamic endoscopy. He now counts several of the world's most successful owners and breeders amongst his clients.

Dr. Priest was named Veterinarian of the year in 1996 by the Kentucky Veterinary Medical Association. He is also a member of AAEP, KAEP, KVMA, WHOA, TCA, TOBA, American Quarter Horse Association, and Committee for State Animal Disease Diagnostic Laboratories. Dr. Priest will supervise the Woodford hospital while continuing his passion for equine surgery. His practice areas of focus are lameness evaluation and diagnostics and upper airway impairments and diagnostics, evolving technology and practice management. His surgery focus is upper respiratory surgery, arthroscopic and orthopedic surgery in the performance horse. 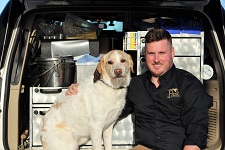 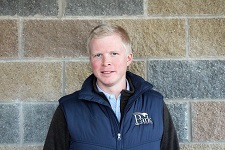 Dr. Rhodes Bell is originally from Lexington, Kentucky. His undergraduate education was completed at Vanderbilt University where he received his Bachelor of Arts in Biology and Spanish. He then attended Auburn University for his DVM. Specialty training in Equine Surgery and Lameness was completed at the University of Missouri where he also received a master’s degree in Veterinary Science. In addition, he successfully completed the certification examination to earn the title Diplomate of the American College of Veterinary Surgeons – Large Animal. Before coming to Park Equine Hospital, Dr. Bell had an internship after graduation at Peterson & Smith Equine Hospital in Ocala, Florida; following residency at the University of Missouri he briefly worked in Maryland and Pennsylvania. Dr. Bell's interests are in surgery and lameness. When he’s not busy at the clinic, Dr. Bell enjoys SEC football and basketball, closely following Thoroughbred racing and attending live events, cycling, reading and spending time with his wife, who is also a veterinarian, specializing in Cardiology and his dogs.

Dr. Jose R. Ramos is originally from Puerto Rico. He grew up on his family’s farm, where they had Paso Fino horses, Thoroughbred race horses, cattle, swine, and poultry. He learned to take care of animals at a very young age. During his childhood, he fell in love with the veterinary profession and assisted the veterinarians that would come and treat the animals at his family’s farm.  During his college days in Puerto Rico, he got experience working at veterinary hospitals and a Thoroughbred broodmare farm with a resident veterinarian.

Dr. Ramos graduated with a Bachelor of Science in Animal Science from Texas A&M University in 1993. He obtained his DVM from Tuskegee University in 1998. While studying veterinary medicine, he expanded his knowledge and skills, by taking a course at Oklahoma Horse Shoeing School in 1996.  In 1999, Dr. Ramos completed a rotating internship in Large Animal Medicine and Surgery at the Virginia-Maryland Regional College of Veterinary Medicine (VMRCVM) in Blacksburg, Virginia.  During his internship, he was offered to continue training as a large animal surgery resident at that same institution.  Dr. Ramos completed the Large Animal Residency with a Master of Science at VMRCVM (campus of Virginia Tech University) in 2003. He also rotated as a surgery resident in training through Hagyard Equine Medical Institute and Rood and Riddle Equine Hospitals in Lexington, Kentucky as well as Peterson & Smith Equine Hospital in Ocala, Florida.  Dr. Ramos became board certified in Large Animal Surgery in 2005 and has since been a member of the American College of Veterinary Surgeons.

After finishing his residency in 2003, Dr. Ramos owned an equine surgical practice in Puerto Rico until 2008. In August 2008, he was hired as an equine surgeon at Ferguson and Associates Equine Hospital in Ocala, Florida. From 2012 until present, Dr. Ramos has been an independent equine surgeon in Ocala, Florida. During the past 10 years in Ocala, he was in charge of Thoroughbred Training Centers and also worked at the Keeneland, Fasig Tipton and Ocala Breeders Sales.

Dr. Ramos enjoys all aspects of Equine Surgery, particularly arthroscopic surgery.  His area of research during his training was associated with orthopedic infections.  He dedicates 100% of his spare time to his family.  He enjoys getting involved in his daughters’ volleyball and his son’s baseball games. 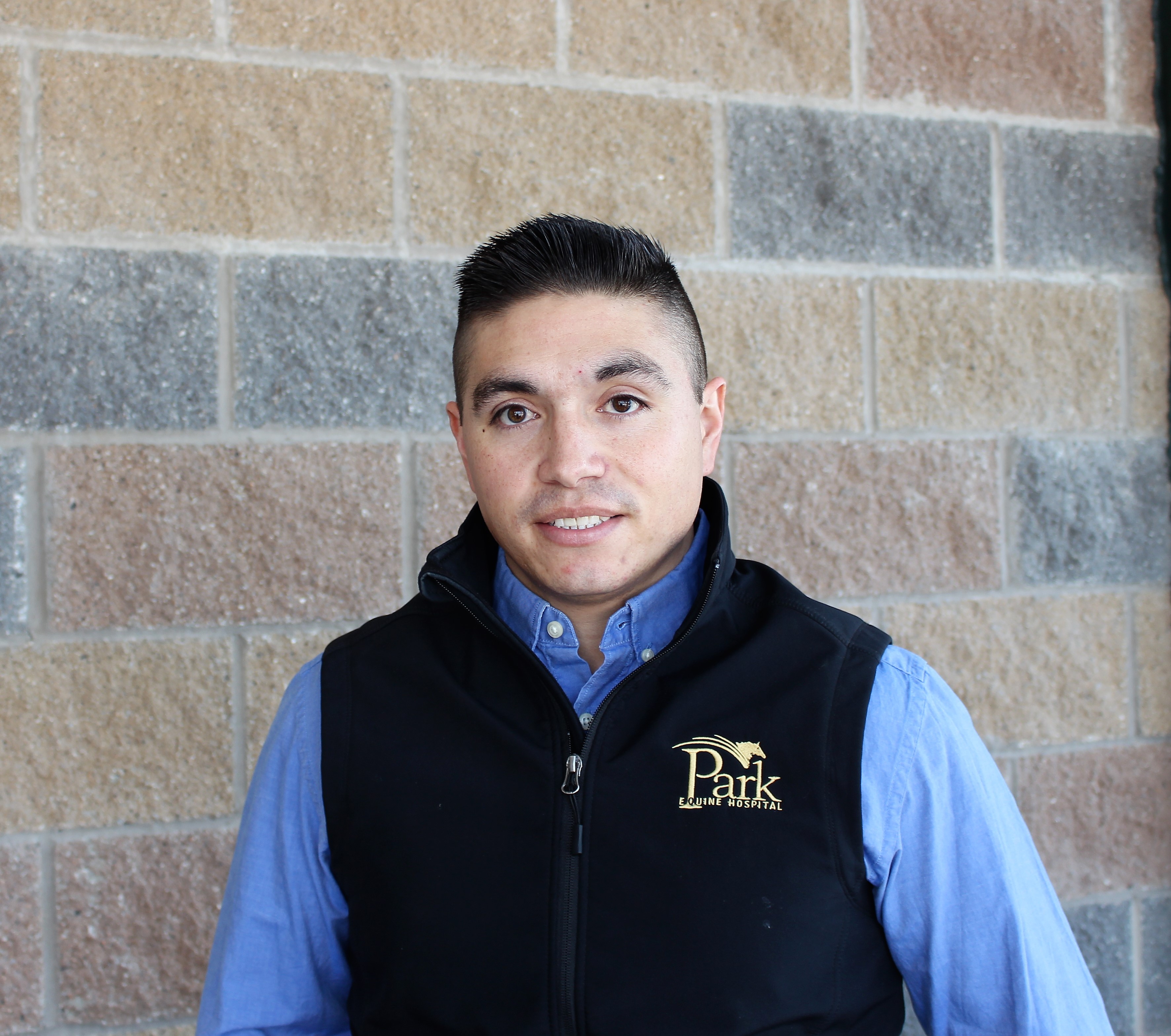 Dr. Hugo Almonte is originally from Durango, Mexico. He received a Bachelor of Science in Veterinary Science and a minor in Biology and Chemistry from Morehead State University in 2013. In 2017, he received his DVM from Purdue University College of Veterinary Medicine.

During his undergraduate career, Dr. Almonte worked for Park Equine Hospital from 2010-2013 and again from 2013-2017. He completed his surgical internship at Hagyard Equine Medical Institute in 2018. Dr. Almonte is currently an equine surgery resident at Park Equine Hospital. His residency program is a collaborative program with the University of Tennessee College of Veterinary Medicine. 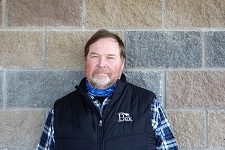 A native of Bardstown, Kentucky, Dr. Bryan Waldridge joined Park Equine Hospital in December of 2015. He received his DVM from Auburn University. Upon graduation from veterinary school, Dr. Waldridge became a faculty member at Tuskegee University and Auburn University, where he taught large animal internal medicine. He then went on to work for Rood and Riddle Equine Hospital as an internal medicine clinician. Dr. Waldridge was also a resident veterinarian for Kentucky Equine Research, where he was responsible for herd health of research horses and overseeing nutritional research and development of new products. He was also the treating veterinarian at the equine quarantine facility for the 1996 Olympic Games in Atlanta. Most recently, Dr. Waldridge worked for the Kentucky Horse Racing Commission, where he was the treating veterinarian and worked the 2015 Breeders’ Cup at Keeneland Race Course. Dr. Waldridge has a special interest in internal medicine and clinical pathology. He and his wife, Sonja reside in Georgetown, Kentucky.